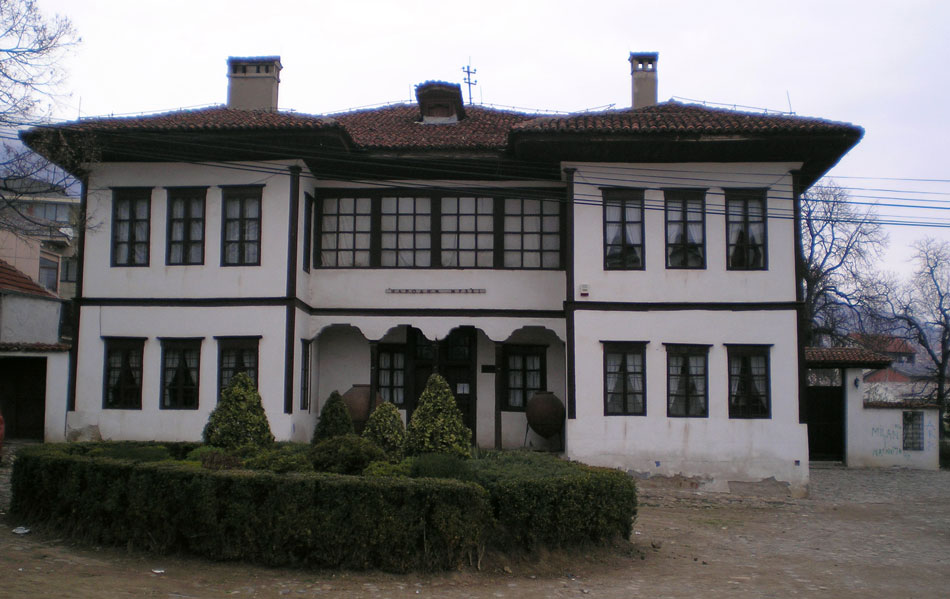 The emotional love songs and dance from Vranje that celebrated songs that can be heard in all the cafes today are, Kostana, Da Li Znajes Mori Mome, Ruske Kose Curo Imas, Otvori Mi Belo Lence. The game of Vranje is a cheerful one, in which every step carries a special emotion and represents a real experience for visitors.

The National Museum of Vranje, housed in Selamluk with its exclusive collections, is a true testimony to the history of this region, from the earliest time to the beginning of a modern era. The permanent exhibit includes a collection of utensils and decorative items to jewelry, clothing, and weapons from Selamluk, meaning the male or public quarters of the house, and Haremluk (Harem), female or family quarters of the house. There is also a collection of archaeological findings. According to historical records, Pasha Raif-Beg Ginoli built the Konak (Residency) in 1765. The Selamluk building had public rooms, the main kitchen, and rooms for male household members. In the Haremluk, behind the fence were chambers of women, maids, and children, including boys, until they turn the age of seven, when they cross to Selamluk where a father is taking care of their education and training.

The legend of the Serbian Romeo and Juliet is a story that every man from Vranje would proudly tell you. A historical story testifies to the relationship between the Turks and the local Serbs, is also a story dedicated to great love. At the birth of Selim-Beg's daughter Aisha, the prophets predicted that she would fall in love with a Serb. Although the father tried to prevent the prophecy by closing his daughter in the house, he failed in doing so. When he found Stojan and Aisha hugged by the river, he tried to kill the Serbian shepherd. Accidentally, he killed his daughter, who protected the young man she loved by her body. After seeing that, Stojan took his own life with the knife he carried. The White Bridge on the Vranjska River has built as per Aisha's last wish in the name of love between her Turkish girl and Stojan Serbian shepherd.

A drama Kostana and a novelle Necista Krv (Impured Blood) written by famous Serbian writer Bora Stankovic who was born in Vranje, introduces readers with customs and traditions of the south. After the death of his parents, he lived with his grandmother Zlata, a father's mother. He inherited a talent for writing, listening to her storytelling, and singing. The House of Bora Stankovic built-in 1855, has the status of a cultural monument of great importance. Today it is a museum located in the Baba Zlata Street with a vibrant atmosphere of past times.
In the guest room of the House Museum, visitors can see unmaterial cultural heritage like copper utensils, called Sahans, that were used only for festive occasions. In the central part of the Museum is placed a mangal - copper vessel above the wood-burning fireplace, with its primary means of heating the rooms and cooking meals. There is a separate summer kitchen in the courtyard that keeps household items, storage for flour and bread mixing bowl, a larger iron item for beating wheat, coffee, salt & pepper, a container for churning butter, and many more.

The fortress Markovo Kale, around 5 km away from Vranje, was the city of Marko Kraljevic, the famous and the strongest man according to folk tradition. This medieval historical monument dating from the 13th century, but some of the most significant archaeological facts testify that life at this site had begun in prehistoric times, continued in late Antiquity, ended up in the early Byzantine period.
If its to believe to the legend, Marko Kraljevic defended fortress bravely against the Turks, but when he realized the Turkish supremacy he and his famous horse Sarac jumped to the eastern Placevica Mountain. An imprint of a hoof remained in the rock where he jumped, and Plačevica (Plače translated as crying) was named because Marko wept over there.

Besna  Kobila (Made Mare) Mountain rises in the south of Serbia, 40km east from Vranje, near the international highway E-75. At the foot of the mountain is located Vranjska Banja Spa, known for its healing springs of thermal water. The highest peak is at 1923m, and the mountain is rich in the wildness of medicinal plants and wild fruits.
Among the most well-known types of medicinal herbs that grow here, recognizable are St. John's Wort (Kantarion), Mullein flower (Divisima), Nettle, Centaury (Kicica), Mint (Nana), Oman root (Oman),  Yarrow flower or Achillea (Hajducka trava), Dandelion, Melissa or Lemon balm (Maticnjak), blueberries and raspberries. This mountain, even today, has an untouched nature that offers opportunities for winter sports, excursions, recreation in a healthy environment, biking, and jeeping along the beautiful trails. Mountain lodge Besna Kobila located at an altitude of 1480 m, offers the capacity of 80 beds.