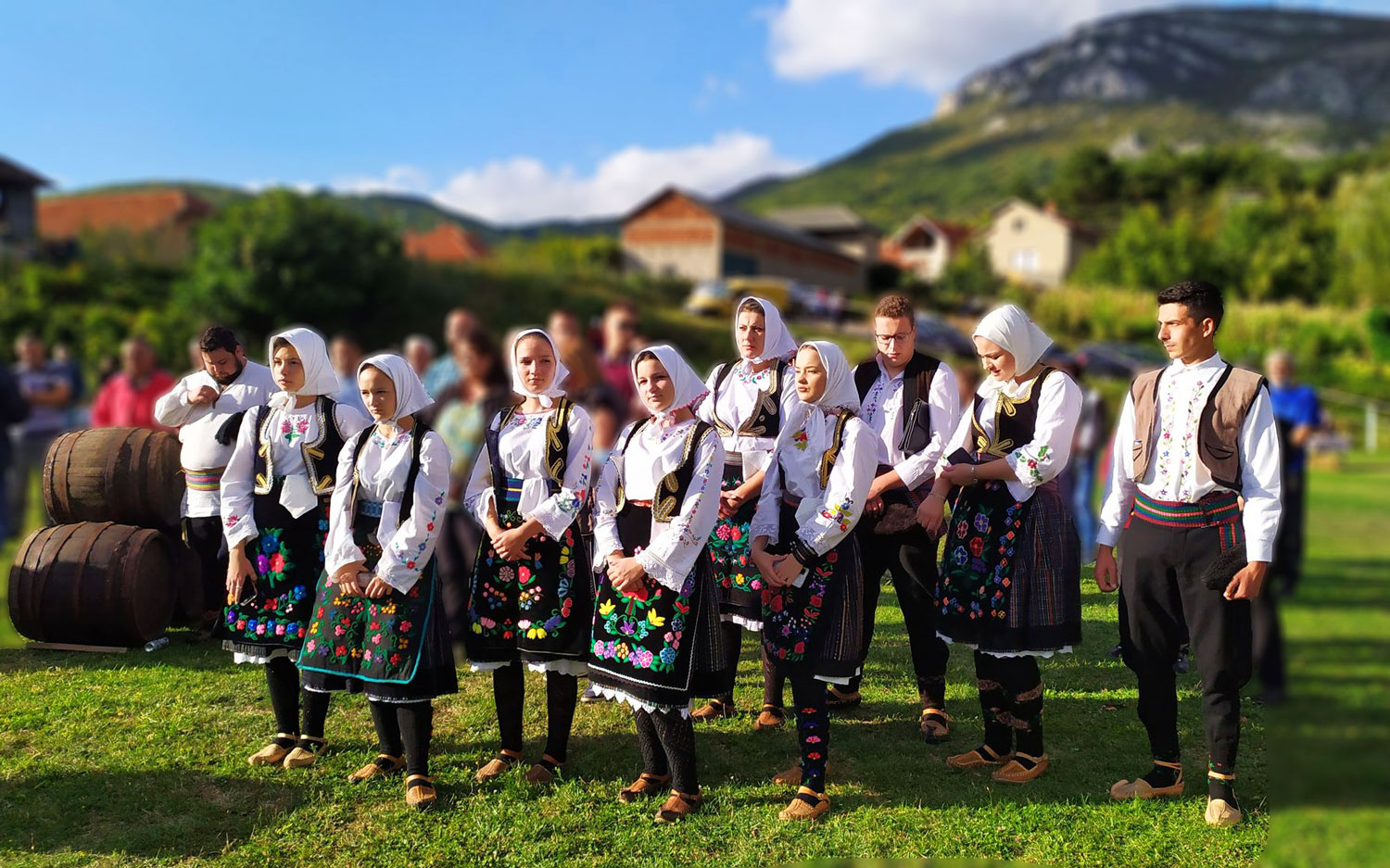 The richness and diversity of a nation and its culture are maybe the best reflected in its traditional clothing. Apart from the recognizable and emotionally colored dialect, almost every village in Serbia also has specific details on the costume, which indicate its uniqueness. The diversity of folk costumes in such a small territory is a consequence of the turbulent history and the intertwining of numerous cultural influences. The appearance of folk costumes, apart from the time when it has created, was also influenced by climatic conditions, so there are several types of clothing.

The original raw materials for clothing items were cotton fibers, hemp, and flax. While wool, leather, and lamb fur, were used for the winter periods. The clothes were primarily handmade by women in each family, while artisans made some clothing items and jewelry. 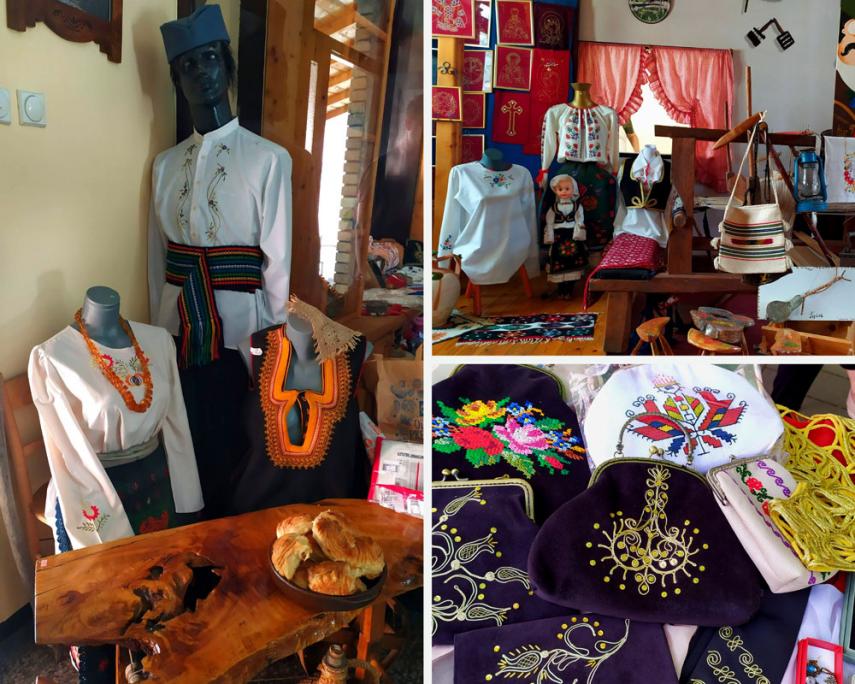 The traditional costume was an endless field for creatives, who made real small works of art with thread and needle. A part of a unique character expression was decorations and embroidery on clothes in the form of needlework. The needlework decorated the vest (jelek), shirts, scarves, socks, and aprons. In addition, the ornaments and colors used on it would often subtly send you suggestions about the age, economic status, family position in society, and whether the person is married or not. Although very colorful, the essential elements of a typical traditional costume were recognizable in each variation.

Womenfolk costumes consisted of a vest - Jelek, scarf, shirt (cotton made, with needlework on the sleeves and around the collar), belt (woven colored wool), a skirt - Vutarka (made of wool, with vertical multicolored stripes), apron (with embroidery in the shape of flowers and other geometric figures), knee-high socks decorated with embroidery and traditional leather shoes - Opanci. 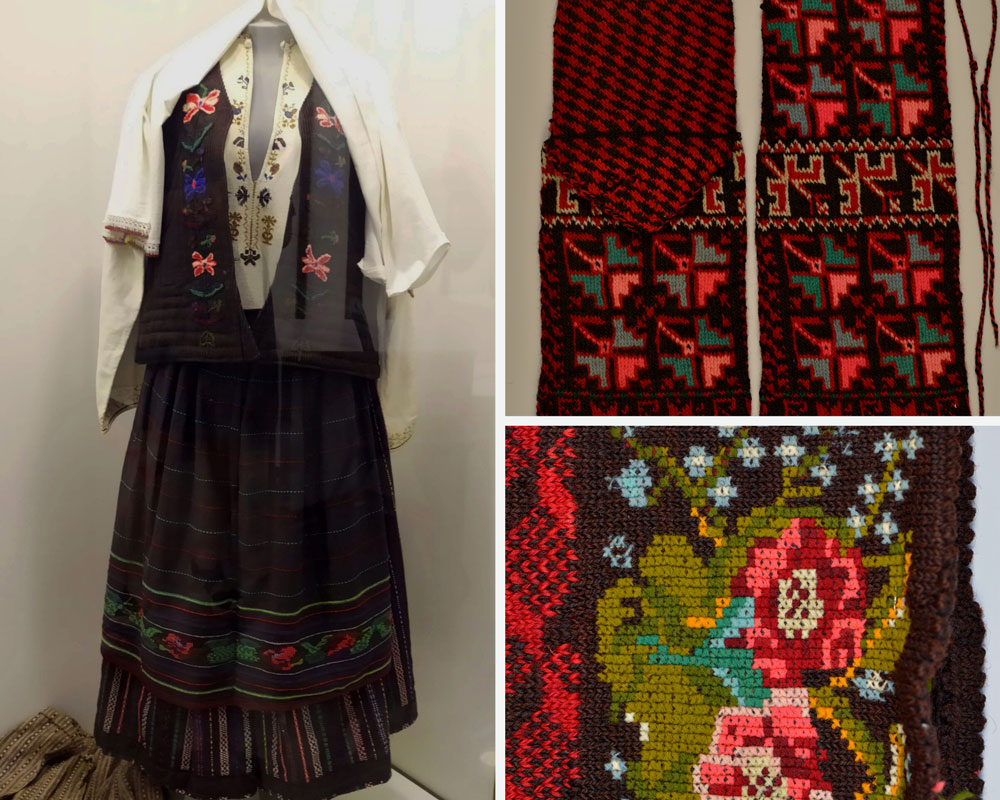 Menfolk costume was overly simple, and from the 19th century, has began adorned with embroidery. The costume consisted of a vest - Jelek, trousers - Čakšire (characterized by baggy trouser legs down to the knees, while narrow down around the calves), shirt (cotton made, with V-neck and small collar, with embroidery over the chest and on the cuffs), belt (woven of colored wool), knee-high socks with embroidery at the top, a hat - Šajkača and leather shoes - Opanci. 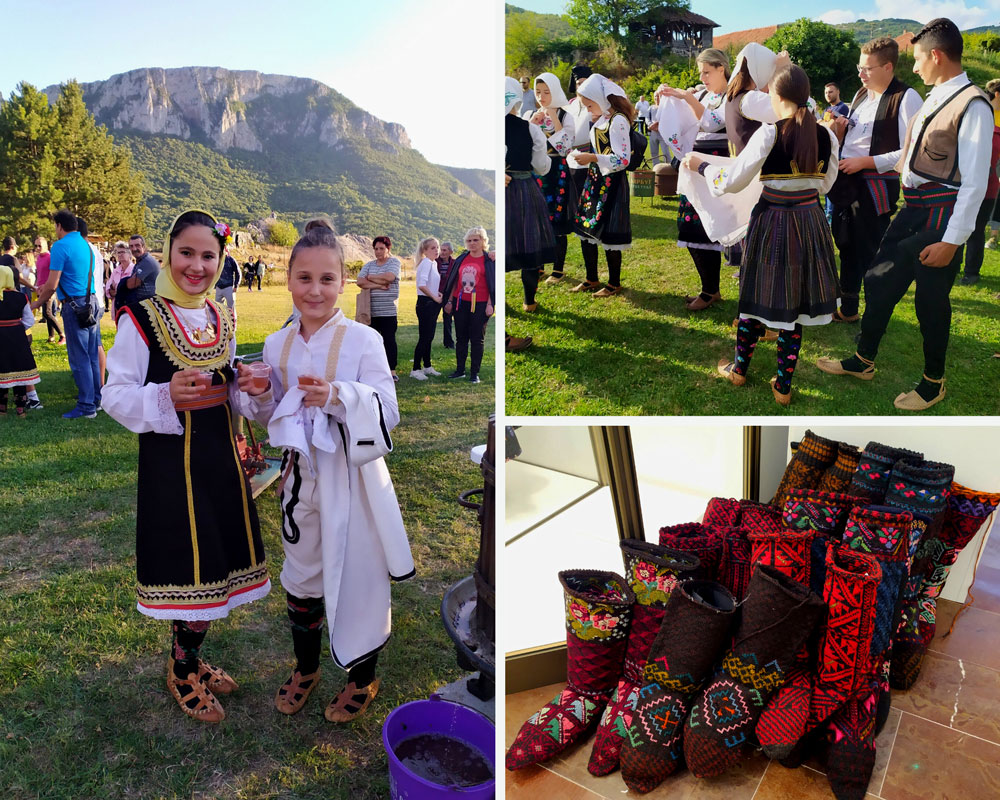 The vest for women was a narrower cut with a deeper neckline, sewn from a plush and woolen fabric called Sukno. The embroidery makes the vest special with silver or gold made threads and the richness of the motifs. While, vests for men were longer, woolen, or thinner cotton, with minor details. The emphasis in the costume was on the vest, which stood out with its uniqueness. The ornaments hooked on it are so-called braids - Gajtani and the number of braids indicate the girl or boy's social status.

Šajkača has a meaning for Serbs, more than just a regular hat. It is a symbol of courage and defiance. It is, first of all, a military hat made of woolen fabric. Šajkača as the name for the hat, originated from the word - šajkaš, Serbian border guards, who stand by in the boat - Šajka and defended the border of the Austro-Hungarian monarchy from attacks from the contemporaneous Ottoman Empire, so the shape of the hat itself is associated with the boat. Šajka wore introduced in 1870 was a part of the army uniform of the Principality of Serbia - Knezevina Serbia. Šajka was later called Šajkača. Interestingly the reservists, that defended the state from the whole uniform received this hat solely as the only military symbol. Over time, the šajkača became part of the national identity and one of the distinguishing elements of menfolk traditional outfits. 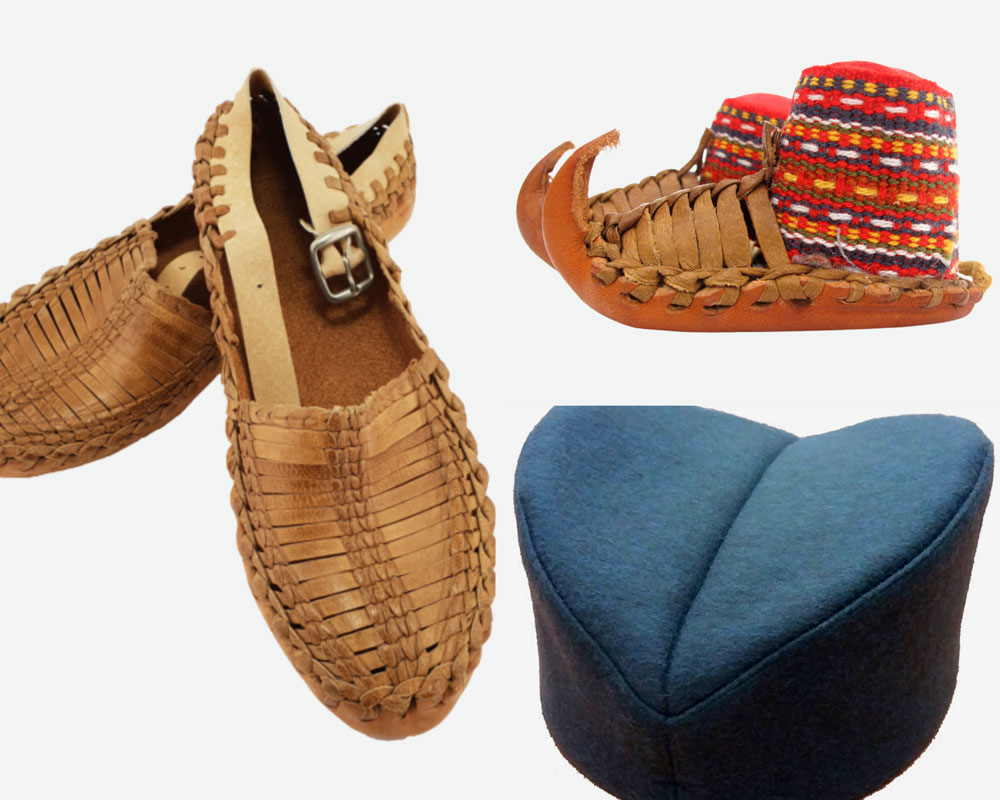 Opanci is a prominent part of traditional costumes. They were the essential part of the uniform of the Serbian army in the First World War. The shoemakers mostly used cow and calf leather to make these shoes, rarely used pig or horse leather. The shoe quality depended on leather processing skills. The shoes made for everyday use characterize a thicker layer of leather, while shoes for festive occasions contain many decorations in the form of intertwined leather straps. The bulging front part, the so-called beak, makes them especially interesting. The opanci for men had a longer beak than for women, while the opanci for festive moments did not contain it. Today, they are mostly made for the needs of folklore associations and in the form of souvenirs.

Intangible cultural heritage needs preservations, nurturing, and promotion because the spirit of a nation lies in it.